PALM BEACH KENNEL CLUB PRESENTS ROUND ONE QUALIFYING FOR THE $50,000 HE’S MY MAN CLASSIC,

West Palm Beach, Fl. – In an unprecedented event, a record-setting 72 world-class Greyhounds have been entered to compete in round one qualifying action for the $50,000 He’s My Man Classic, Wednesday afternoon, January 11, at Palm Beach Kennel Club.

The same 72 Greyhounds will return to compete in round two, Saturday afternoon, January 14.

Following the second round, a whopping 40 entries will be return to their respective Grade class, with only the top 32 remaining for the third round, being contested Wednesday afternoon, January 18.

The top 16 point earners from the third round will move on the semifinals on Sunday afternoon, January 22.

The final eight will comprise the field for the $50,000 He’s My Man Classic which will be run Saturday afternoon, January 28.

A very small sampling of the 72 entrants include:

Race 14: An early favorite for the championship finale, #8 Barts Big Bang (Pat C Clement – Barts Magpie, James Douglas) will attempt to show his theory of breaking from the outside post is a winning one.

With 72 $50,000 He’s My Man Classic entrants, it is so very important that each be on top of their game for the first two rounds before the huge 40-Greyhound cut. The slightest stumble, bump or misstep could take even the best contender out of the competition early. 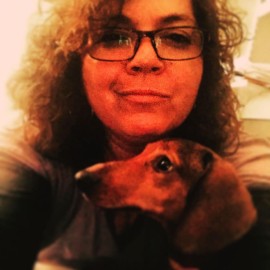